Monkey In The Middle

Using the concepts from the classic game of “monkey in the middle”, we can create a simple but effective soccer drill, which can also be used as a warm-up before games. This drill will teach players how to move to open space, think ahead, and pass quickly. 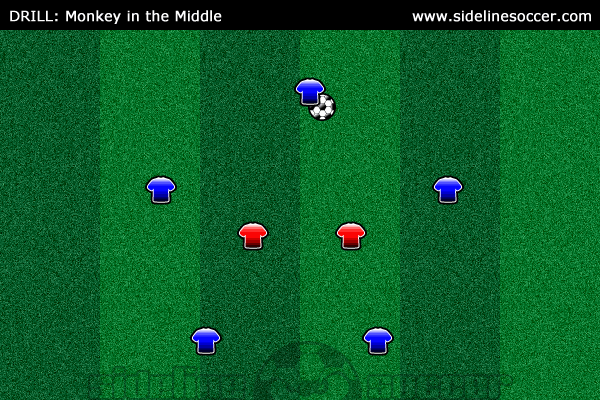