Keeping possession of the ball is very important in the game of soccer. In order to do that, players must learn how to trap the ball. This drill, which can be used for all ages, provides plenty of repetition in order to learn various ball traps. 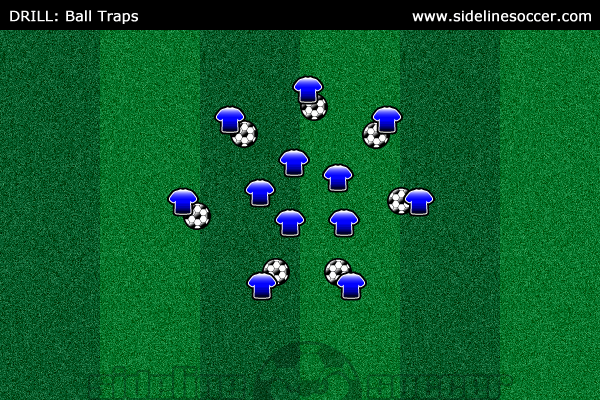