Soccer Tennis is a fun and exciting game for all ages that can help develop touch on the ball, anticipation and foresight of the next play, creativity, and communication. The game is a mix of tennis and volleyball but without the use of racquets! 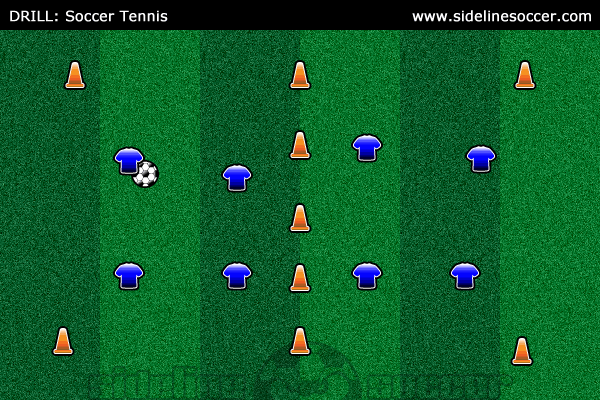