This simple soccer trick can be very effective with deceiving an opponent into thinking you’re going in one direction, when in fact you go the other. With this article, we’ll provide step by step instructions as well as a video example, which includes a variation using the Outside Step Over to give you an alternative if an opponent begins to pick up on the trick. 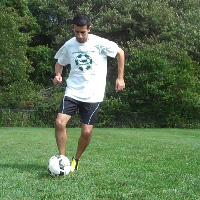 Using the inside of your foot, dribble the ball toward the opponent at an angle. You are trying to get the opponent to move with you and make them think you’re continuing in the direction you’re dribbling. 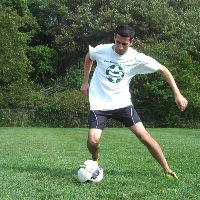 When you’re ready to change directions, you want to sell the idea that you’re continuing your current direction by making a body movement in that direction. 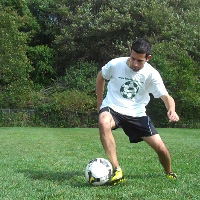 Now using the outside of your foot, dribble the ball in the opposite direction away from the opponent.

Because this is a simple trick, if you’re using it often, an opponent will begin to learn what you’re doing. So you need to make adjustments. One example is including The Step Over to throw off your opponent.

Below is a video example: 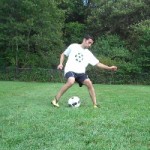