The 1v1v1 drill focuses on attacking with a numbers down situation. This will encourage attacking players to take players on and look for a quick shot on goal. Defensively, this drill can teach defenders with transition, quickly getting back and breaking up the play. 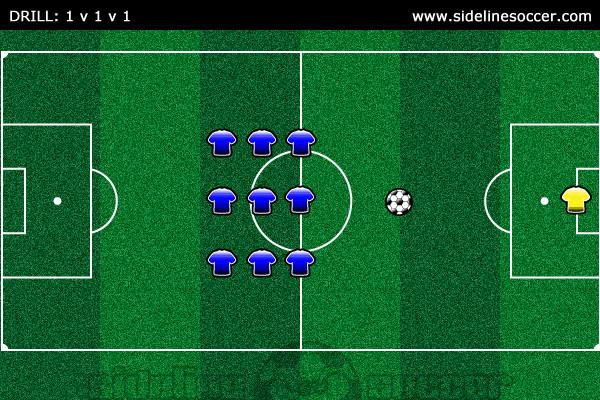