NOTE: Information found in this article was cited from the official “Laws of the Game” which can be found on FIFA.com. 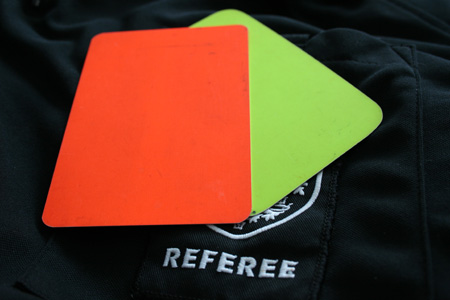 Yellow Card
A yellow card is given to a player committing any of the following offences:

Red Card
A red card is given to a player committing any of the following offences:

A player who has received a red card must leave the field of play and cannot continue playing the remainder of the match. The player is also not allowed to play in the next match.

Keep in mind that a player can be given a card even when the game has finished.