Power Finesse is a great drill that includes both players and goalkeepers. It helps players with first touch power shots and close up finesse shots. It helps goalkeepers with cutting down angles and limiting rebound opportunities. 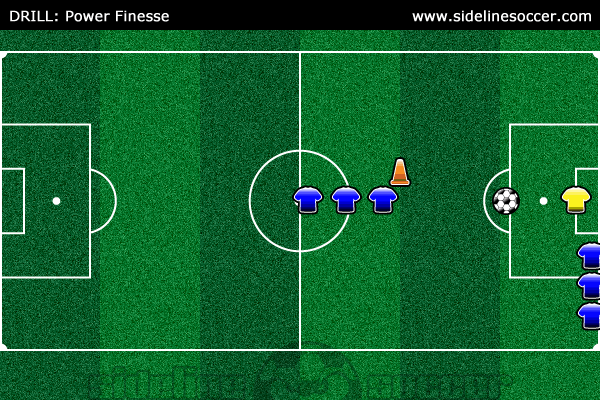