Here’s a fun game for all ages, which coincidentally is the name of our website! This drill provides the opportunity for you as the coach to set up different player vs player situations just like in a real game. 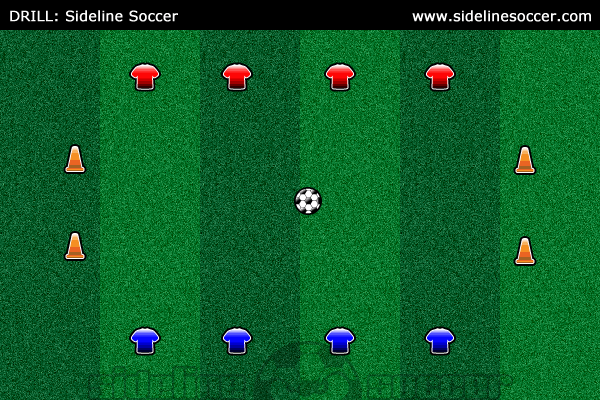