The Gauntlet is a drill that can be setup and played in a few variations, but the concept is the same. Attackers must get through a series of defenders in different grids. The main focus of the drill is controlled dribbling and quick speed while maintaining awareness of defenders. 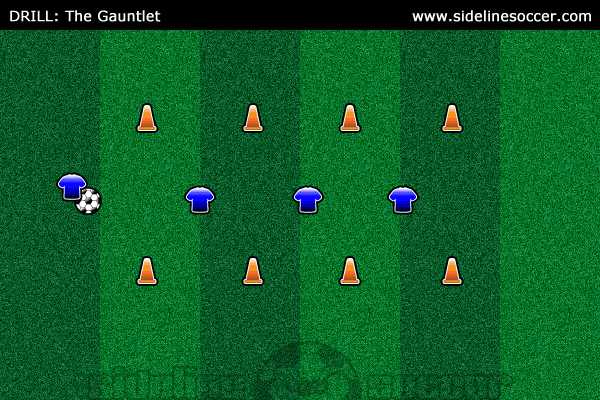