World Cup, also known as Cuppy, is a fun game that can be set up as either an end of practice treat or a real drill. This drill focuses on teamwork, quick thinking, finding space, and passing and shooting at the right time. 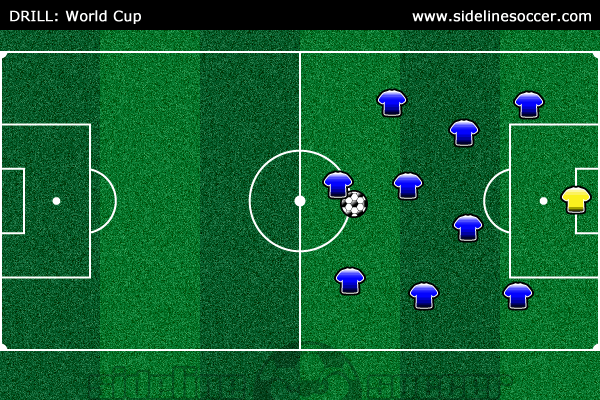